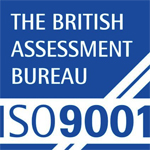 By April 2016 he had mediated over 1100 cases of nearly every legal type from both public and private sectors to business, commercial and Governmental disputes of every legal type including many of the largest and most sensitive in the UK; with sums ranging from a few thousand pounds to hundreds of millions and, in some cases, billions.

Most of these disputes have involved seven or eight figure sums; but Stephen regularly mediates larger cases where hundreds of millions and occasionally billions of pounds are at stake.

Practises mainly in London, but mediates regularly in other parts of the UK and Ireland and in many jurisdictions abroad. For the last four years he has been one of Who’s Who Legal’s Top 10 most respected Commercial Mediators in the world.

The balance of his practice is as a Commercial Arbitrator. He now arbitrates primarily in international commercial disputes as well as in the insurance, reinsurance and general commercial fields regularly sitting as Sole

Arbitrator or as the Chairman of the Panel. He has arbitrated many disputes subject to ICC and LCIA rules.

For the last 11 years he has worked full time as a Commercial Mediator. By April 2016 he had mediated over

1100 He practices mainly in London but mediates regularly in other parts of the British Isles and abroad.

Over 90% of Stephens time is spent working as a Commercial Mediator. In his experience mediation usually delivers more satisfactory outcomes to litigants than does an adversarial dispute resolution process. He mediates every type of legal dispute save only for those involving children and divorce or separation. The bulk of his work involves shipping, oil and gas/energy, banking, insurance and reinsurance, professional negligence of all types, construction, employment, corporate (shareholdings, mergers and acquisitions and financing) and general commercial disputes. Most cases are from the private sector but he has mediated a series of significant public sector disputes of high sensitivity and significance.

The balance of his practice is as a Commercial Arbitrator. Over the last 15 years Stephen has arbitrated a large number of international commercial disputes many of which are on ICC and LCIA terms.

Stephen is an enthusiastic believer in mediation which he regards as “primary” rather than “alternative” dispute resolution. He has successfully mediated many hundreds of disputes, many of them international, of all types and sensitivity, some of which have involved billions of pounds.

For the last 15 years Stephen has consistently featured as one of the top 10 and Tier I commercial mediators practising in the United Kingdom.

Initially the bulk of the disputes that Stephen mediated stemmed from the shipping, insurance and reinsurance markets which were his areas of expertise as Counsel. He still mediates more maritime disputes than any other particular class of dispute and has probably mediated most of the large shipping disputes that have come to mediation in the last ten years or so. However his practice as a mediator has spread very widely over the years and the disputes that he now mediates come from all areas of practice comprising all types of legal problems. In reality his expertise is now as a mediator rather than as a mediator of a particular sort of case. Typically he mediates two or three days a week; but save in exceptional circumstances will not mediate “hack-to-back”.

The sums of money in issue have ranged from a few thousand pounds to as much as £4 billion but are typically in the millions. A large proportion of the work he mediates is international in nature and many disputes involve parties who are not based in the UK .Most of his mediations take place in London, but he regularly mediates elsewhere in the British Isles and has mediated in the United States, Greece, the Gulf and Hong Kong. He has mediated a number of sensitive, high profile Governmental disputes. Along with many other Commercial mediators he has noticed a trend in the last few years for an increasing proportion of those disputes that do settle (about 80% in his experience) to settle after the mediation day. This frequently involves extensive on-going contact between himself, the parties and their legal advisers.

Stephen regularly speaks, presents and lectures on mediation both in the UK and worldwide. He has been involved as a trainer on mediation and mediation-awareness courses.

Since about 2000 Stephen has also been heavily involved with community mediation. He is Chair of Trustees of Wandsworth Mediation Service (“WMS”) a registered charity that provides community mediation services in Wandsworth, training local people as mediators and developing initiatives to promote peace in the community.

He is currently working with the Civil Mediation Council and with Government to seek to develop a national network of peace centres backed by panels of mediators competent to mediate different types of legal and nonlegal dispute. He delivered the 2013 Roebuck lecture for the Chartered Institute of Arbitrators in which he set out his ideas on the wider social impact (and opportunities) of mediation.

In the last 5 years or so Stephen has mediated an increasing number of disputes within the Church under the title “Mediation: A Social Antibody?”. He was on the planning committee for the 2013 Faith in Conflict conference at Coventry Cathedral. He is a member of a number of working parties and groups, including the recently established charity BIMA, the object of which is to promote mediation and peace-making initiatives more widely both within communities and within and between faith groups.

The balance of his practice (about 10%) is as a commercial arbitrator. He arbitrates primarily in the insurance, reinsurance and general commercial fields usually sitting as Sole Arbitrator or as the Chairman of the Panel. He

has arbitrated a number of ICC and LCIA disputes.

Contributor to Butterworths, “Mediators on Mediation, Leading Mediator Perspectives on the Practice of

The Development and Practice of Mediation in the United Kingdom between 1995 and 2005”.

Contributor to “Good Disagreement?” Lion Hudson 2015. Author of final chapter “Mediation and the

“With great gravitas and the ‘weight of authority behind him,’ he authoritatively steers parties towards a settlement, say

“Clients find him ‘quick, bright and on top of all the issues’. He projects an ‘air of authority’ but does so ‘without

appearing aloof. He has ‘great people skills’ and ‘a sincere commitment to the process”

point to his international expertise and praise his ‘amazing reputation and amazing job. I had no idea what he did but

the outcome was extraordinary.”

Stephen Ruttle QC is singled out by sources as being “in the top echelons of mediators in the country.” Fellow legal

“Stephen Ruttle is singled out by sources as a ‘first class mediator’ who ‘instils trust and confidence’ in parties. He

brings to bear substantial expertise in shipping and reinsurance, and has additional capabilities in construction,

country’. Ruttle is noted for his particular expertise in shipping-related mediations, which account for around 30% of his

workload, and is also recognised as an excellent choice for construction, banking, professional negligence, insurance,

“Stephen Ruttle QC at Brick Court Chambers is ‘superb at focusing minds away from emotions to practicalities, and

stays the course with all parties, but doesn’t get tired or frustrated’. About a third of his workload covers shippingrelated

mediations, and he is considered to be ‘an incredibly astute mediator who cuts to the chase’, ‘one of a select

few who can be effective on complex international disputes ’.”

prepared and able to draw on his considerable experience of complex litigation’. ‘He lays out the ground very clearly at

the start, and continues to help the parties after the mediation if it is not possible to reach a settlement on the day’. He

is unrivalled for shipping-related mediations, which make up around 30% of his practice.”

insurance and other commercial disputes. With great gravitas and the “weight of authority behind him,” he

develop a significant shipping, insurance and reinsurance mediation practice. Sources say: He gets to the heart of a

problem quickly” and “remains affable whilst also challenging the parties’ positions and expectations.”

“Considered by clients to be ‘very good indeed’.

“Stephen Ruttle QC of Brick Court Chambers has long been a senior figure in mediation, and one of the Brick Court

triumvirate who dominate high-value and complex commercial mediation. Clients find him ‘quick, bright and on top of

all the issues’. He projects an ‘air of authority’ but does so ‘without appearing aloof’. He has ‘great people skills’ and ‘a

sincere commitment to the process’.”

“Stephen Ruttle QC is in great demand for complex, cross-border and multi-party cases. He has the clout and gravitas

of a high-end commercial silk, combined with great courtesy, people and communication skills”.

“Combines the kudos and acumen of a top commercial silk with strong people skills,” “a good listener” with “great

empathy” and “immense reserves of patience”

“For big, important disputes I always go to Ruttle. He has wonderful presence and is brilliant at narrowing down the

issues quickly and getting parties to focus on their specific problems”.

“the person for shipping and insurance” “an absolute natural mediator, it is clear he really does know his stuff”

“immediately impresses, makes any party feel comfortable” “he always does a good job”

“His reputation for commercial mediation continues to rise. His “light touch”, “robust charm” and sense of humour has

found appeal outside his acknowledged specialist areas of insurance, reinsurance and marine work. Clients warm to

his “facilitative negotiating style”, “clear distillation of the issues” and ability to sustain dialogue against the odds. He

“doesn’t spent hours dancing around the daffodils” and instead “cuts to the chase”, “baring his teeth where